This Administration has found itself falling victim to circular reasoning. On one hand, it has been very clear about gutting federal spending – but on the other hand, it desperately wants to further explore and harness the power of “the final frontier.”  They have been direct about their interest in boosting the private sector’s investment in American spaceflight, but have nonetheless found that the majority of ventures are still born from NASA contracts. 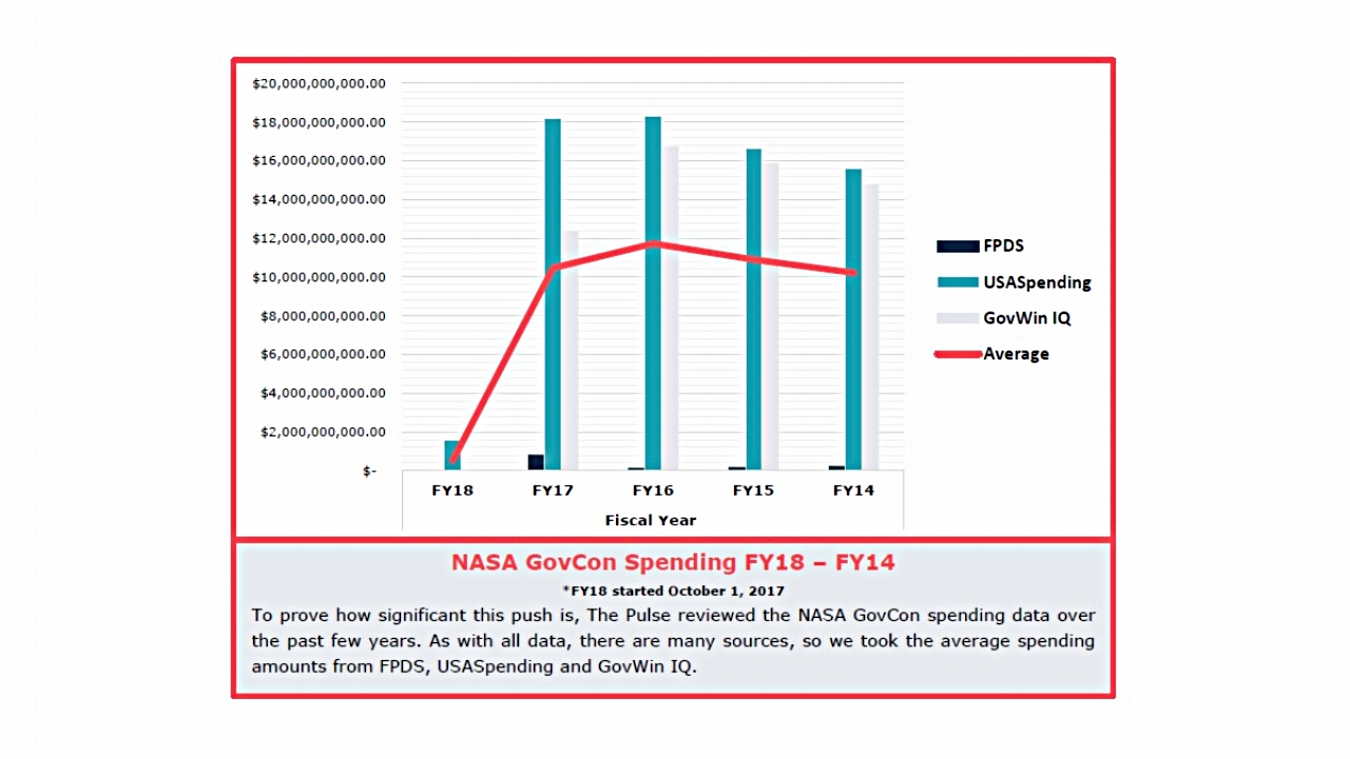 So how does this Administration have its dehydrated space cake and eat it too? Defense Spending.

With Vice President Pence at the helm of the National Space Council, the (potential passage) of H.R.2810 NDAA FY18, and a new FY18 budget (or C.R.) – the U.S. has been making the push to prioritize and commoditize space.

Space is the instinctual name of the game when it comes to working with NASA, and it is the hot topic of industry right now. However, according to recent FY17 GovCon spending trends and the Congressional FY18 budget resolution, there is additional opportunity for work outside of space flights, space technology, and science.

It’s easy to forget about the second “A” in the acronym (National Aeronautics and Space Administration) but this buzzword should be in the forefront of the Government Contractors mind. Yes, we know, “America is going to lead in space once again” (whatever that means), but advancements in technology and an increase in opportunities for air navigation will start to have ramifications on our everyday lives in the next decade or two that could lead to work (and revenue!) in areas that are out of this world.

According to The Planetary Society’ analysis of NASA’s new human spaceflight directive, “it’s fair to say that at least 50 percent of NASA’s budget is already focused on human spaceflight activities. The remaining budget is divided between science (30 percent), aeronautics (3 percent), and space technology (3 percent), with the rest going to related overhead, salaries, and maintenance.” 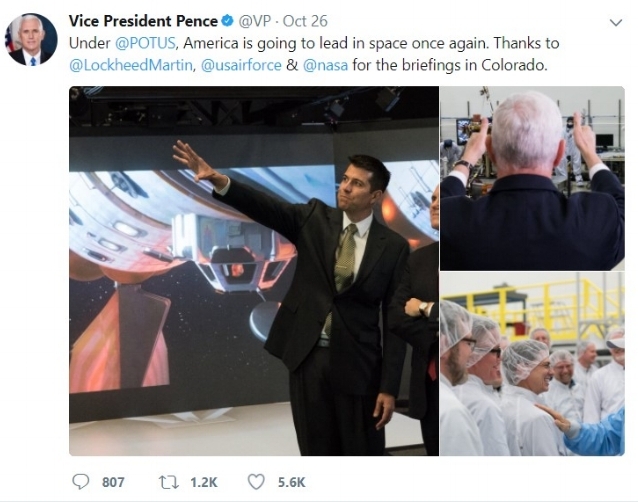 By our calculation, that means there is approximately $315M going towards developments in aeronautics.

If you glanced at our October 26 Industry Expose’, you might have noticed an active bid called Safety and Mission Assurance (Solicitation No.: 80ARC018R0006) to support NASA Ames Research Center. Their core areas of expertise and operations include:

What stood out to you on that list? To us – it’s that third bullet, “NextGen Air Transportation: Transforming the Way We Fly.”

According to (loud) industry, whispers – and not so subtle leadership moves – NASA is trying to stay a leader in this field. In the past, air transportation has been largely about identifying the safest flight patterns around bad weather and other aircrafts. NASA has worked with Federal Aviation Administration (FAA) and other commercial airlines to develop algorithms and big data to identify operational patterns, which in turn could improve flight path efficiency.

It is also no secret that FAA is keen on big data possibilities: “Accommodating higher volumes of these operations safely and effectively is what NASA is working on within its Unmanned Aircraft Systems (UAS) research program. This effort defines the near and long-term vision of UAS operations anticipating there will be a significant number of flights at all altitudes in the future.”

But let’s be honest – this isn’t just about traditional high-altitude travel as proven by President Trump’s E.O that eased the path for deliveries by drone:

“[President] Trump directed the Transportation Department to create a test program and invite proposals submitted by partnerships between drone operators and local, state or tribal governments. The department will pick at least five partnerships to go forward with tests, which would occur in designated zones. The zones could cover flights up to 200 feet above ground, but the Transportation Department could approve testing up to 400 feet. Test results could also help with a low-flying unmanned aircraft air traffic management system being developed separately by NASA.”

To put this in perspective for those of us who have no sense of spatial reasoning, 400 feet is above buildings, but below traditional airspace.

So what is our point? Well, it’s time to start thinking up solutions to problems that don’t exist yet.

Think about the implications of that statement for a moment.

NASA, however, is a notoriously difficult agency to break into as a contractor. With that in mind, our intelligence says there are a few things to keep in mind when bidding on a contract for NASA: